Presenting the official stickers for Sony Pictures Animation's comedy adventure, THE EMOJI MOVIE, in theaters now. Add some fun to your messages with characters from the movie like Gene, Jailbreak, Hi-5, Poop, Smiler and more. Browse dozens of other cool emojis and check back regularly for free updates!

Download our other app THE EMOJI MOVIE Maker to create and customize your own emojis.

Stickers are compatible across devices so the receiver doesn't need to have the app installed (or even an iPhone) to see them.

Install the Messages App (iOS10+) to drag and drop onto your chat bubbles.

Press Inquiries: ... />
©2017 Sony Pictures Animation Inc. All Rights Reserved. "emoji"™ is a trademark of emoji company GmbH used under license.Release Notes: This app has been updated by Apple to display the Apple Watch app icon. 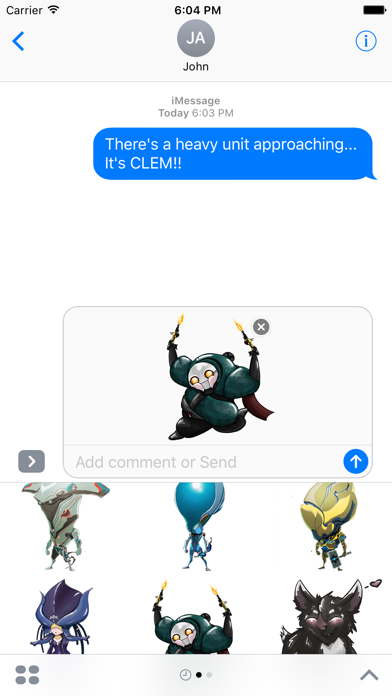