Mojis on the Road – Marcy and Andrew 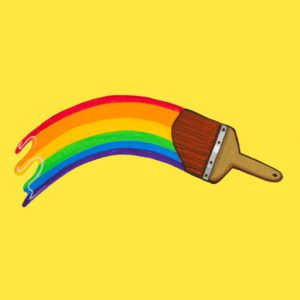 After quitting their jobs in California, Marcy and Andrew decided to start their new journey on bikes in South East Asia. In this amazing trip, they not only enjoyed the beautiful scenery and the hospitable people, but also turned their precious memories into a sharable medium “MarcyMoji”. It was this unique experience that added more spice to Marcy’s art – the spice of authenticity and the love for life.

What is your background and how did you get started?

We both worked in advertising in Los Angeles. I worked in IT, and Marcy worked as an Art Producer. She’s been painting her whole life, and has a degree in Fine Art from UC Santa Cruz. I’ve always wanted to write software, and MarcyMoji is the first app I’ve published.

Where were you born and where do guys you live now?

Marcy and I were (strangely enough) both born at the same hospital in Southern California. We lived there for 10 years before quitting our jobs to travel a little over a year ago. We don’t actually have a fixed address at the moment – we’ve spent the last year riding our bikes through Southeast Asia, and on Monday we fly to Tokyo to start our longest bike tour yet – from Japan to Europe, overland through central Asia.

What inspired you guys to make stickers?

The first leg of our SE Asia bike tour took us through Vietnam, from Hanoi to Saigon. It was incredibly hot every day, so we’d get up most days at dawn and bike until the sun peaked overhead around noon. At that point, we’d find a cafe or street side food stand and rest for a few hours. During those hours, Marcy usually painted or drew to pass the time.

One day, while she was sketching a page of what looked like emoji, it struck us that we should make an iPhone app to allow people to download and share her artwork. When Apple announced a few weeks later that they would be introducing sticker apps in iMessage, we knew exactly what we wanted to do. 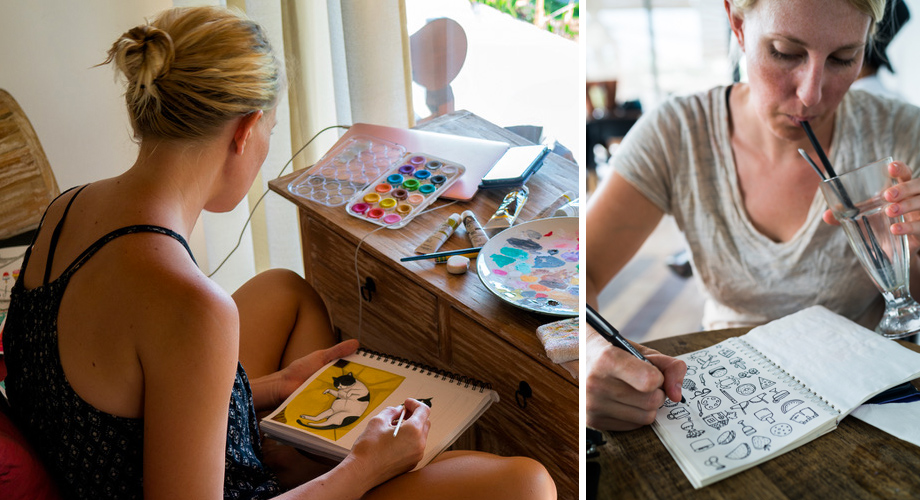 Are you guys still traveling in Asia?

We are! We’ve just wrapped up our SE Asia tour, but we’ll be flying to Japan in a few days and spending the next month or so biking through the country.

What is the most interesting thing happened so far?

The most interesting part of our travels so far has been discovering just how many incredibly generous, hospitable people there are in the world. There’s no way we would have made it this far without the kindness of strangers.

How did you feel when your stickers were featured by Apple in “Sticker Fight”?

Amazing! We were on an overnight train at the time, in incredibly uncomfortable seats that made sleep impossible. So it was about 4am and we were both delirious from lack of sleep when I saw that Apple had published a new ad featuring stickers. We watched the ad and saw that MarcyMoji was featured, we were so excited we completely forgot about our lack of sleep and the uncomfortable seats! It made for a surreal rest of our train ride into Bangkok.

Do you have any advice for new artists?

If you’re interested in creating sticker packs for iMessage, you should paint or draw whatever you want to send to their friends. I think one of the reasons MarcyMoji has been successful is because we put out stickers we thought were cool and not necessarily what we had seen already or thought would be popular. For example, we really wanted to capture our bike touring journey, so we created packs for the places we visited – it was different and fun for us and other people seem to like them too!

The other piece of advice (one that we still struggle with) is to try and not to be too precious about the final product. We still get caught up in trying to create the perfect product, but we’ve realized that if we wait until we have something that’s perfect we may never release anything at all. Everything is always a work in progress and dedicating time each day, whether its 10 minutes or 3 hours is rewarding and a learning experience every time.

Do you guys have any upcoming plans for stickers?

Yes! We’re always working on new stickers, and we release a new pack every month. We’re also launching MarcyMoji phone cases next week! We’ve been working on this for a while, trying to figure out the right designs and making sure that the quality is up to our standards, and we’re really excited to see what people think of them.

What do you want to say to your fans?

First, it’s incredible to even think that we have fans. This job is honestly a dream for us, and there’s no way we could do it without the people who love Marcy’s artwork. So, thank you thank you thank you thank you. And lastly, let us know if you have any feedback! We’d love to hear what your favorite (or least favorite!) stickers are, or if there’s something new you’d like to see from us. 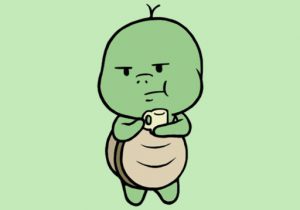 From the Maker of Aminal Stickers – Ronnie Nguyen

Ronnie Nguyen Aminal Stickers Tell us about your background and how you got started. I loved to draw as a... 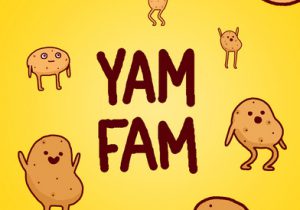 Michelle Porucznik Yam Fam Being inspired by self-made artists, Michelle started her own creative journey in... 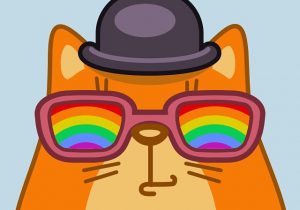 The Artist Behind the Cats – Denis Sazhin

Denis Sazhin Cat Power Denis Sazhin is a very talented and creative artist based in New York. His love for...